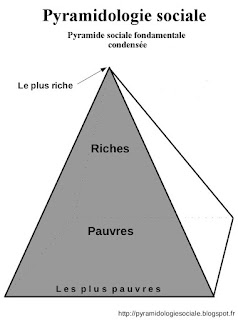 Le fait qu’un homme d’État se prononce publiquement en faveur de la dénatalité là où elle est le plus urgemment nécessaire est assez exceptionnel pour que les visiteurs de ce blog en soient informés. Relevé sur PMC, https://www.populationmedia.org/, il est reproduit en l’état et en anglais, laissant le soin d’user de leur traducteur à ceux qui ne pratiquent pas cette langue, en les priant de bien vouloir excuser cette liberté.
Emmanuel Macron: 'More choice would mean fewer children in Africa'
French president calls for ‘chosen fertility’ and greater access to education and family planning for African women
Patrick Wintour Diplomatic editor in New York
Wed 26 Sep 2018 18.01 BSTLast modified on Thu 27 Sep 2018 10.54 BST
Emmanuel Macron has said many African women would choose to have smaller families if they had greater access to education and family planning.
The French president, who has come under fire over his views on Africa in the past, added that the future for the continent’s young people must be to stay in a revitalised Africa, and insisted it was “pure bullshit” to suggest he was telling African people from New York what to do with their lives.
“One of the critical issues of African demography is that this is not chosen fertility,” said Macron, speaking at the Gates Foundation’s “goalkeepers” event on the margins of the UN general assembly in New York.
“I always say: ‘Present me the woman who decided, being perfectly educated, to have seven, eight or nine children. Please present me with the young girl who decided to leave school at 10 in order to be married at 12.’”
He added: “This is just because a lot of girls were not properly educated, sometimes because these countries decided the rights of these girls were not exactly the same rights as the young man. That is not acceptable”.
Macron, who pointed out that 63% of non-educated adults today are women, also fleshed out plans to reform multilateral institutions, including the G7. He said ways had to be found to circumvent those that want to block them and persuade electorates they do not work.
His speech was both a strong defence of multilateralism and a call for existing postwar institutions to be radically reformed to meet the changed nature of economic and political power.

Facebook
Setting out his three pillars for development – health, education and gender equality – Macron revisited the controversy caused by his previous calls to slow African population growth, including in a speech in Burkina Faso, west Africa.
Emmanuel Macron delivers his speech at the Gates Foundation’s ‘goalkeepers’ event, held at the Lincoln Centre in New York. Photograph: Ludovic Marin/AFP/Getty Images
He admitted that some of his initial speeches in Africa had caused controversy, and said he had made the mistake of focusing on Africa’s future, and not referring to the colonial past. But he said Africa had to develop its own future, leapfrogging US and European technologies, either in energy or communications.
Macron said: “The future of the African young people is not to be built with the misrepresentations and mistakes of the past and, to be very straightforward, the future of the African young is not to leave Africa. The future of African young people is not to hope to become like a Europe or America of of the 80s, but like an Africa of the 21st century.”
He said that would require a big change in mindset, but was nonetheless feasible.
Despite his lack of domestic popularity, Macron is feted at the UN as the global torchbearer of multilateralism. In his speech, he sketched out how he wants to reshape the key multilateral institutions to protect them from populist obstruction. France chairs the G7, the gathering of industrialised nations, in 2019, and he has put the issue of inequality at the heart of its programme.
Macron said he wanted to open out the G7 club topic by topic, so that, for instance, India and China become permanently involved on climate change issues.
Similarly, he said he wanted some African countries and bodies, including Ethiopia, Senegal and the African Union, to be involved intrinsically in the G7’s work on gender equality, health and education.
At this year’s G7 summit, chaired by Canada, Donald Trump unexpectedly withdrew the US from the final communique at the last minute, and Macron is clearly thinking about how to work around American isolationism.
The African youth boom: what's worrying Bill Gates
Macron said: “We have a crisis in multilateralism in terms of delivery. It could be a vicious circle. Those that doubt multilateralism are blocking it and can say: ‘Look. It does not deliver. It is useless.’
“We have to build a group of like-minded and new fora to push our publics.”
He said he wanted future G7 communiques to include statements by vanguard countries that are willing to take more radical steps, rather than agreeing lowest common denominator proposals that enjoy unanimous support while showing little ambition.
Macron has also set out plans to reform the World Trade Organisation, the International Labour Organisation and the powers of the UN general assembly.
His staff insist that multilateralsm will only survive the ideological assault led by Trump if it is seen to reform itself.